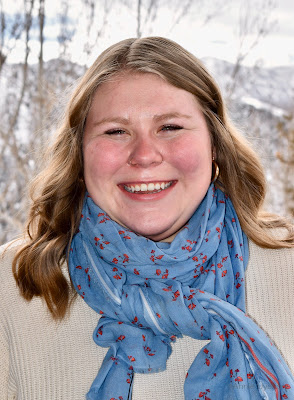 By Annie Uyehara
When she graduates from college, Grace Nilsson will be able to get a job anywhere she chooses. Her career choice is not based on salary but on an inherent desire to teach a population that’s underserved in our community.

Nilsson will graduate with a degree in Special Education and immediately start her career as a special needs teacher.

“It’s going to be a highly demanding job, but the students are more than capable of achieving standards, and it’s so awesome to see them succeed,” says Nilsson. She’s been racking up hours as an intern and when she graduates in May, she’ll have over 1,000 hours of working with special needs students. A lot of work, but Nilsson hasn’t wavered from her goal.

“I’ve always felt called to do this. I think God placed it on my heart.”

Growing up, her classmate had intellectual disabilities and instead of avoiding him, she wanted to know him well, as she does with her future students. “I don’t want to coddle them, but to understand them and their goals in life,” she says.

In middle school, Nilsson remembers watching kids react to special needs students. “They’d think they have to be best friends with them, to make themselves look better. But for me it was getting to know them instead of pretending to know them for aesthetic reasons by bringing them into a friend circle.”

When she becomes a teacher, Nilsson will focus on inclusion for special needs students. “This is a challenge that needs to be addressed. I think interaction with peers is one of the most important issues there is,” she says.

The other important issues are access to information for students with special needs, and of course, a solid academic foundation.

That being said, Nilsson admits that she has to assimilate herself with difficult students. Learning in college is one thing, it’s another to train with special needs students who are violent, she says.

“To work with violent or nonverbal students takes a relationship and I’m willing to do that. To see breakthroughs is one of the best things about working in special education.”

It goes back to reaching beyond an aesthetic relationship. “Don’t get to know special needs students for your own gain—really get to know them beyond their disability, see them as a whole person with hopes and dreams and goals. That’s what I’m hearing from them: Gather information about us and get to know us.”
General Information:
https://en.wikipedia.org/wiki/Special_educationhttps://www.understood.org/en/school-learning/special-services/special-education-basics/understanding-special-education 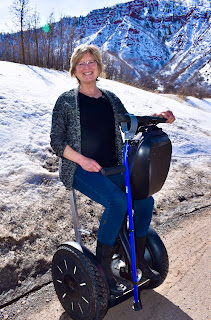 Kolakanta Darling, a longtime Roaring Fork Valley local, loves the outdoors. One of her  favorite things to do is to hike to the cross on Red Mountain in Glenwood Springs. But  she doesn’t hike up like most people--she gets there on an adapted Segway with a seat.  Kolakanta has Multiple Sclerosis (MS) and transverse myelitis, an inflammation in the  spinal cord. Diagnosed in 2002, she struggled with the limits that come with having MS.  “My left leg drags. It’s like having two different legs.”  She went through a grieving stage, which she says is essential to recovery. “When  there’s a significant change to the body, there’s grief with it,” says Kolakanta. But she is  an optimistic woman. “I miss what I used to be able to do, so I learned to focus on what  makes my heart smile. For me, it’s faith that gets me through. My daily mantra is Isaiah  40: 28-31, “But those who hope in the Lord will renew their strength, They will soar on  wings like eagles; They will run and not grow w
Read more

Tammy Nordstrand is One Of A Kind 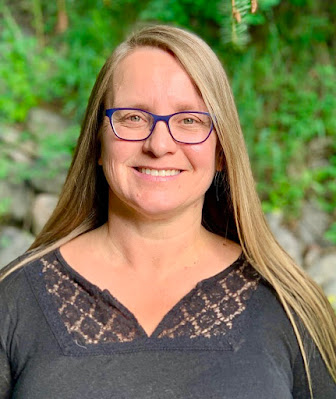 Tammy Nordstrand photo by Annie Uyehara Tammy Nordstrand By Annie Uyehara It goes without saying that no two people are alike. Yet when it comes to deaf people, there’s an assumption that all deaf people are alike. That’s simply not so, says Tammy Nordstrand. She was diagnosed as profoundly deaf when she was a year old. “Everyone is different,” Tammy says. “It’s like with eyeglasses, we all wear different prescriptions, we all see differently. It is the same with deaf people, we all have different needs and do things differently---some people only sign, others write on paper to communicate, others speak.” Those with profound hearing loss can hear nothing at all. However, Tammy, 48, had speech therapy throughout her life and speaks as well as signs and hearing aids help her hear loud sounds. “I grew up with a hearing family,” says Tammy over a Zoom interview with the aid of Erin Gallimore, an interpreter and a teacher with credentials to work with those with hearing challenges. Tammy’s
Read more
October 07, 2020 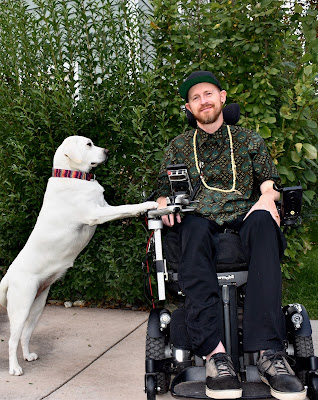 Adam Lavender and his dog. photo by Annie Uyehara MODS4QUADS By Annie Uyehara “I knew it before I hit the ground,” says Adam Lavender, recalling the day he became a quadriplegic 8 years ago. He was mountain biking with friends, happy, but tired. He negotiated a turn wrong on the course and found himself vertical in the air. His head hit the ground like a hammer to a nail. The impact broke the C4 in his neck. The only thing that kept him alive was thinking of his wife and two daughters. “I began working to live right then,” he says. His goal is to be bodily fully functional.  Susan Leety, a healing science friend of Lavender, saw his passion, not only to recover himself, but to help others as well. One day, she watched Adam talking to another person with a spinal cord injury (SCI). “I saw an instant connection, like they were long lost friends [sharing] such a rich ex-change of information, comparing their experience and recovery, teaching and learning so much from each other. I knew in
Read more